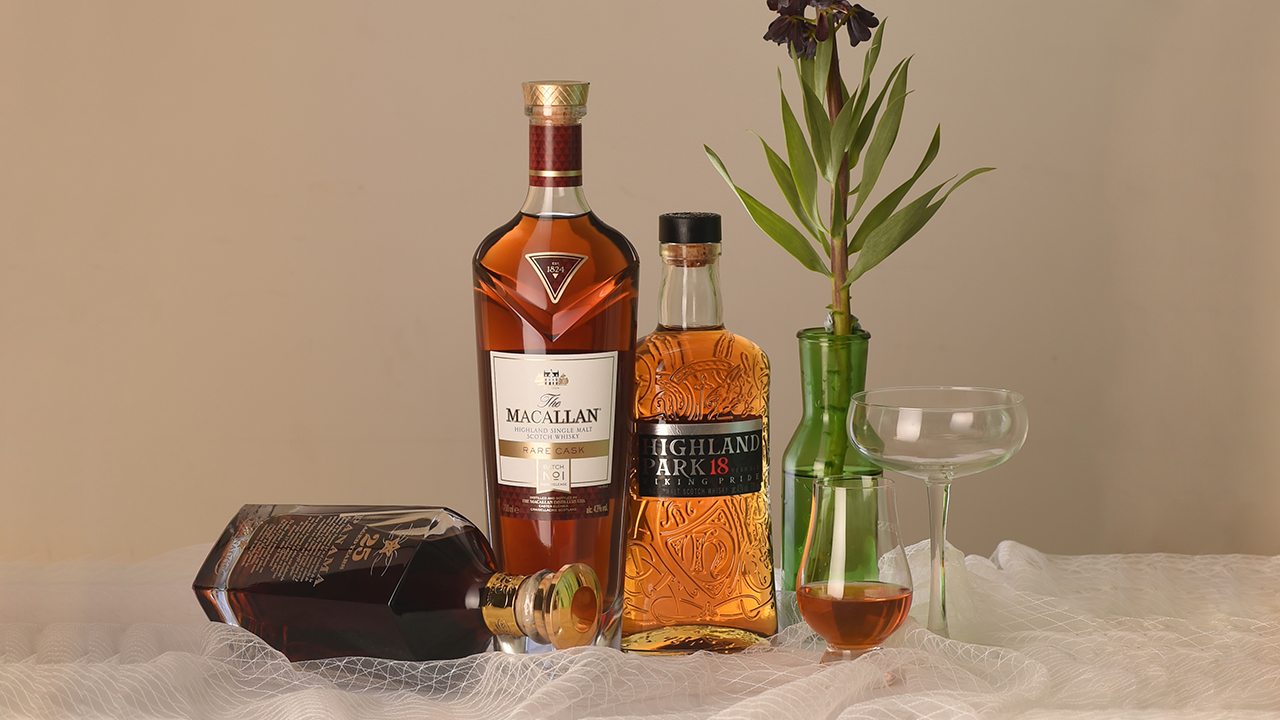 ic delights
Wine Matters
Well goes a saying, no worry is too big for a glass of wine to settle. Modern bars are like a paradise of forgetfulness, while bartenders are psychologists who prescribe cocktail after cocktail tackling humdrum.

This old Spanish rum comes with an intense cane sweetness. The oaky barrel notes stand out, the cinnamon and paprika make the sweetness complex and rich.

Rare Cask is renowned for its superb barrel making. A rich oaky mouthfeel, light citrus peel and spicy notes are intertwined with a warm woody finish.

What's unique about this wine is its toffee-like sweetness and almond notes, with a long, full finish that hits back with a smoky tone.

Dear Lilly is named after a love letter obtained during the World War II period that no one would have pictured it becoming a hidden romantic paradise in Central half a century later. Interior designer Ashley Sutton has countless flowers blooming in every corner of the bar, where drinking should be both a taste and a visual treat. 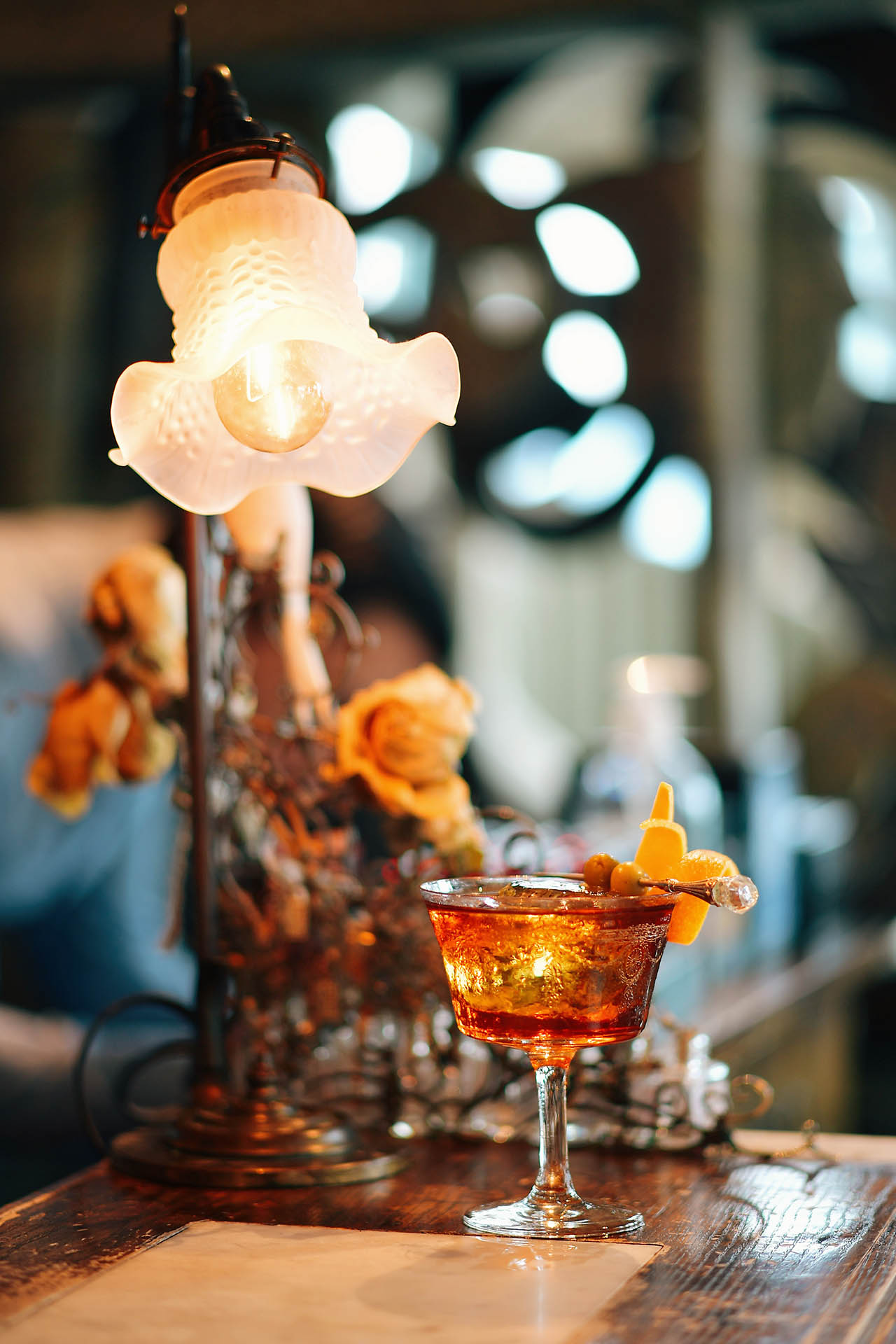 Martínez from Dear Lilly (HK$228)
As the predecessor of Martini, Martínez first appeared in Jerry Thomas's "Bartender's Guide". The mix of vermouth, feel wine and liqueur give this heavy drink an intimate touch, with aromas of orange peel encircling around the glass. This cocktail is like a classic philosophical work, describing the most profound truths in the simplest ways. 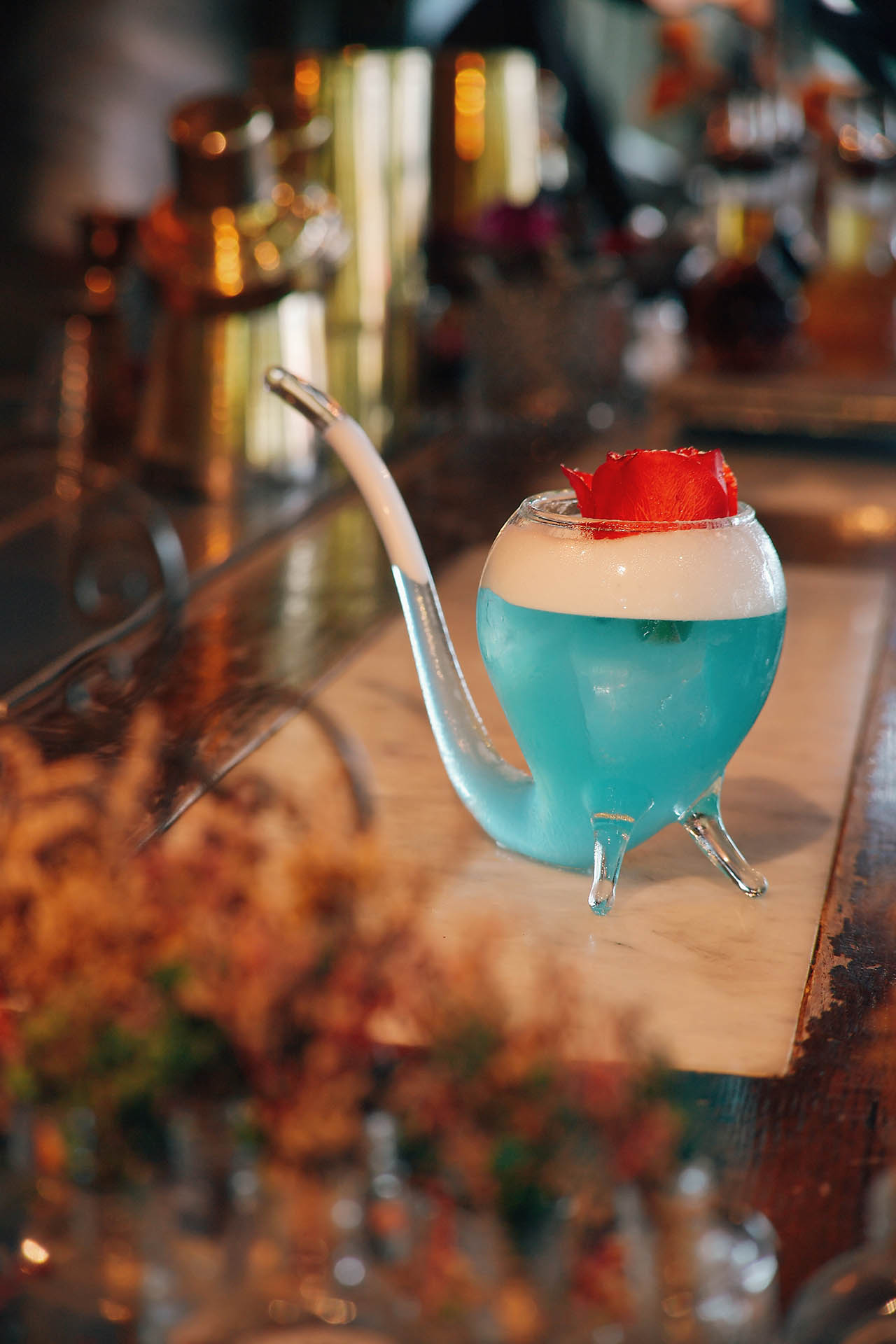 Toyen from Dear Lilly (HK$128)
The unique shape of the pipe is the first thing that catches your attention. Named and inspired by the Czech surrealist painter Toyen, this cocktail is indeed a work of art itself. It has an ethereal shade of blue, with coconut syrup, lime juice and orange peel, the painting is made more enjoyable for all those art-loving souls out there. 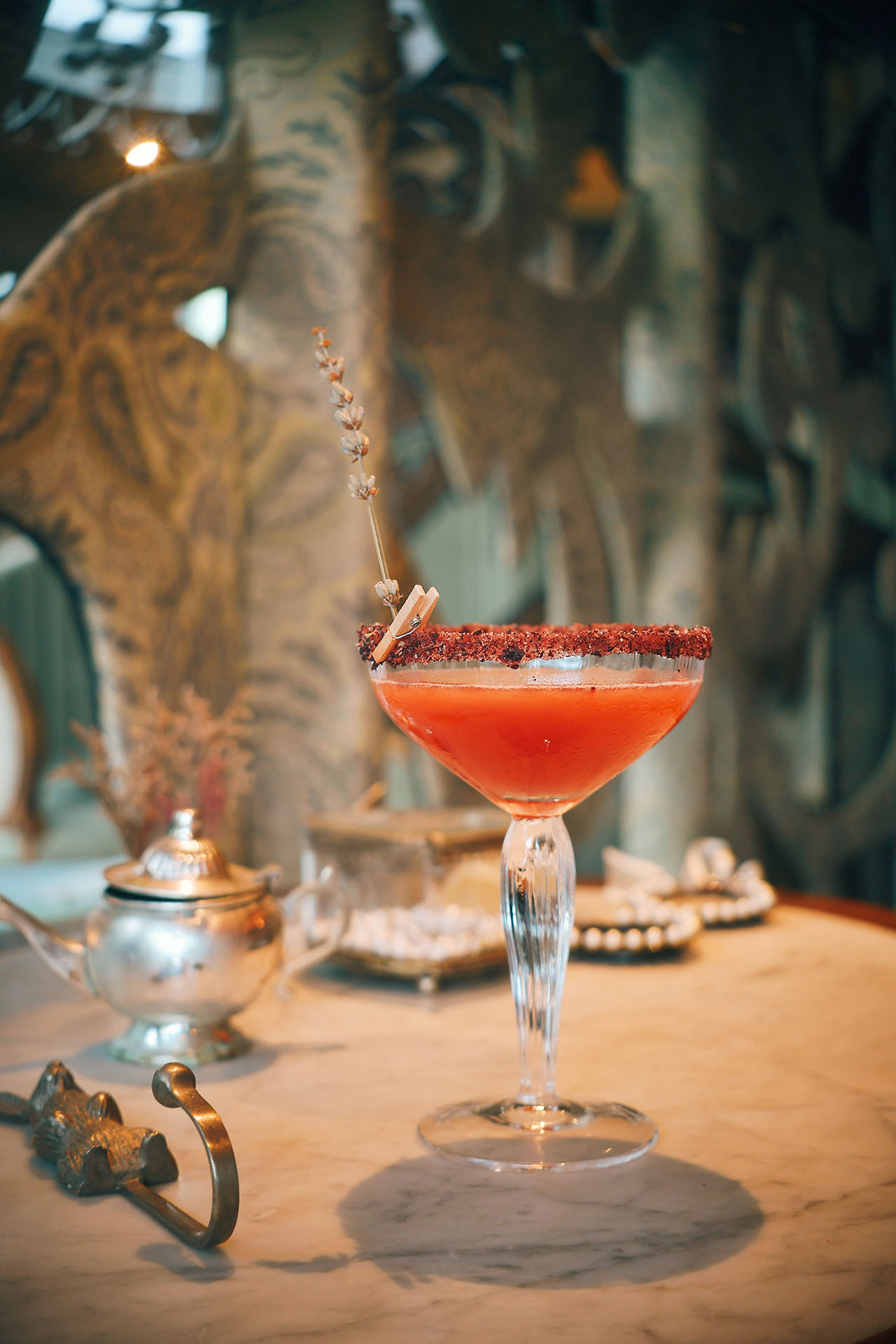 Mademoiselle Lilly from Dear Lilly (HK$128)
There's nothing like a Mademoiselle Lilly for a girl's pursuit of beauty. The rim is decorated like an icy garland of snowy mountain fairies, lime cranberry juice and mashed cranberries give this cocktail a ruby-like texture, and the vodka base adds some neutrality to the glass. 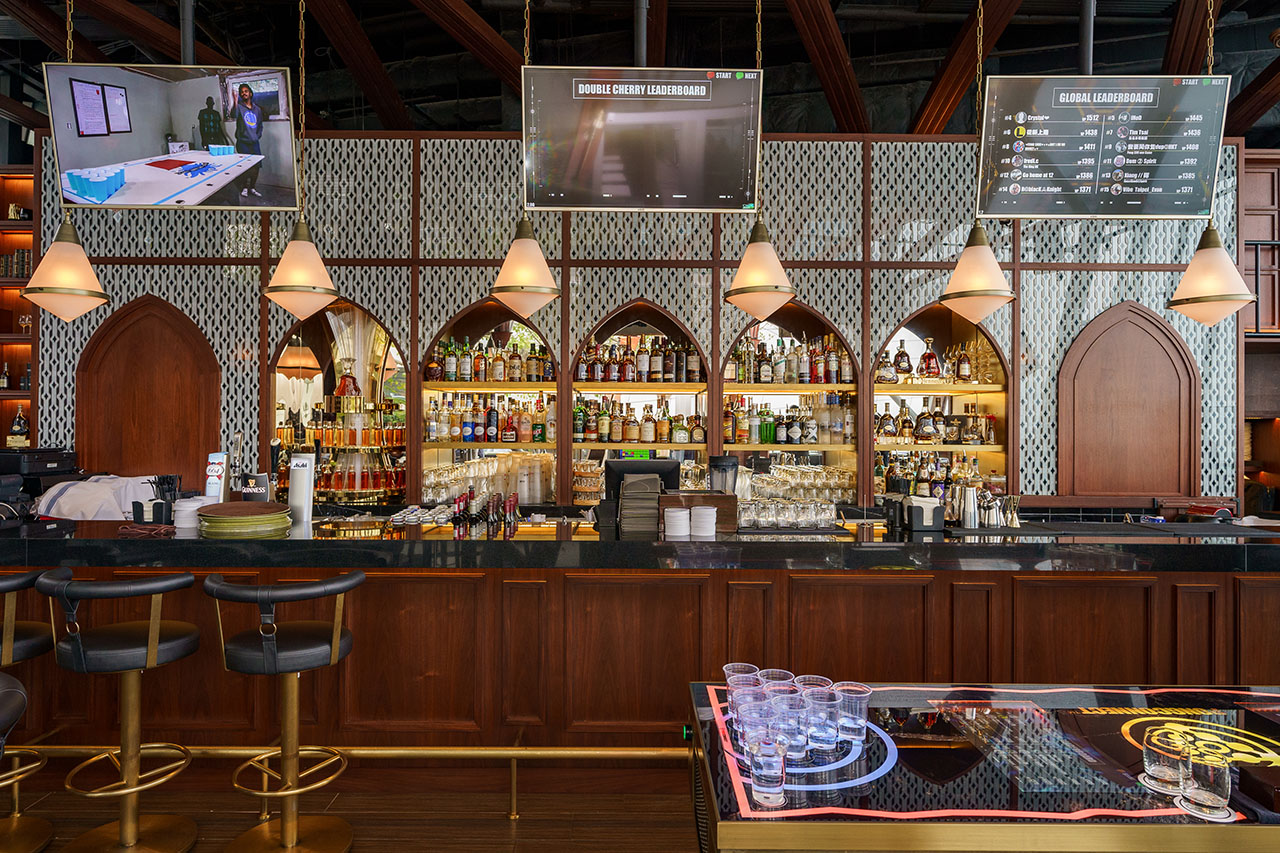 As Hong Kong's first cognac-themed bar, Pong's understanding and creation of cognac cocktails is imaginative, and its top-notch and classic cognac reserves will satisfy the discerning taste of its lovers. The name PONG comes from the classic game of beer pong. When night falls, the beer pong table with PONGConnect technology becomes the center of guests' revelry.

You may think that cognac brandy is a wine that only men would love. Cognac in fact captivates many's hearts with its many possibilities. PONG uses different mixing methods to stimulate the aroma of cognac, and takes it as the base for a variety of cocktails tailored to different wine lovers. 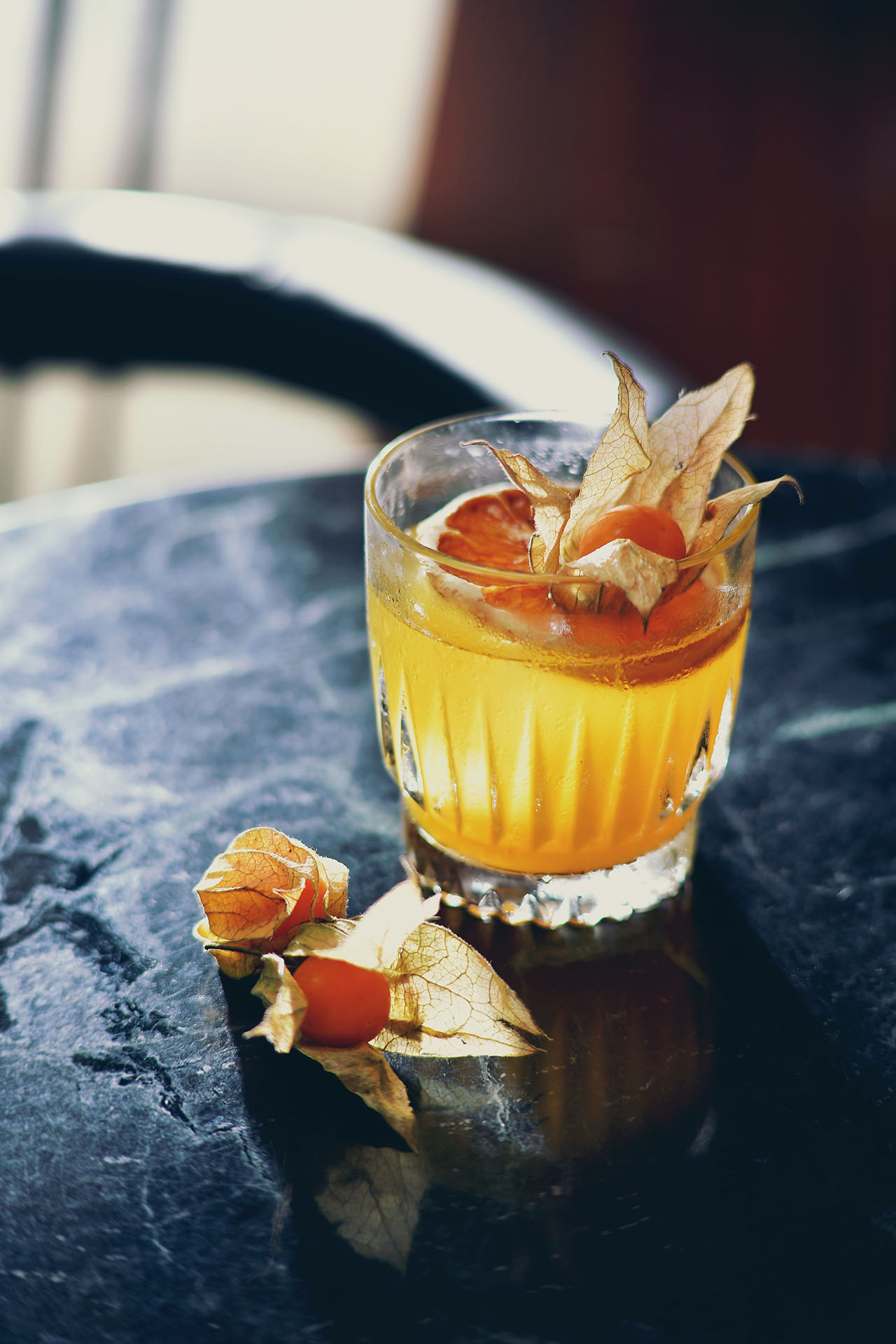 Golden Ginseng from PONG (HK$138)
Golden Ginseng contains Rémy Martin V.S.O.P, the richness of cognac's fruity aroma first hits one's taste buds, followed by the wooden barrel's scent in a faint way. The mouthfeel is mellow with a light hint of ginger, spicing up this drink in ways unimaginable. The luscious taste of citrus is a sweet finale to this wonderful adventure. 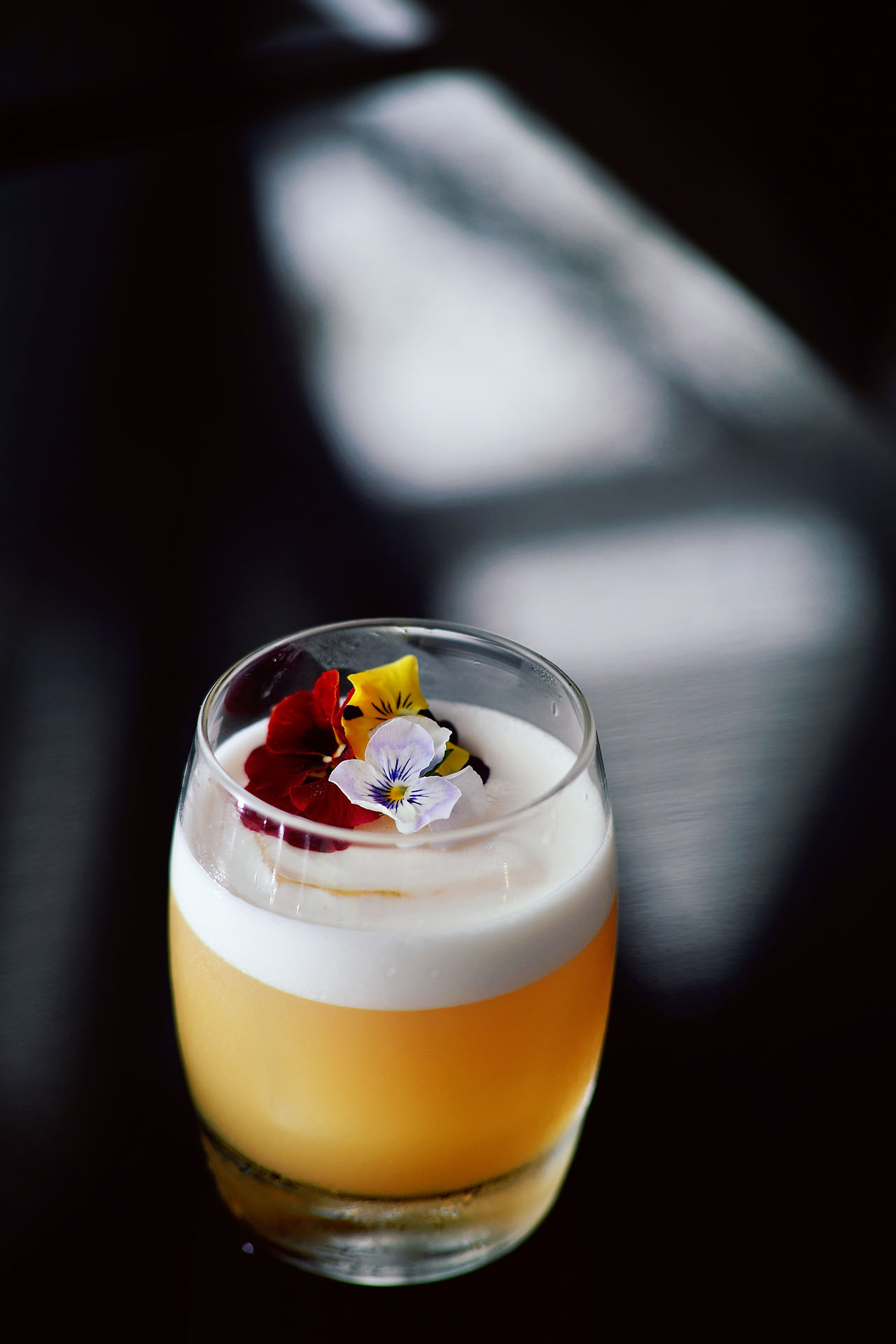 Rémy's Amaretto from PONG (HK$138)
Like flowers floating on a rivulet, Amaretto's pleasant aroma of almond takes drinkers on a walk in an autumnal forest, the egg white foam on top only enriches the palate and layers the drink, while the thick base of the cognac progressively gives the palate a wonderful experience. 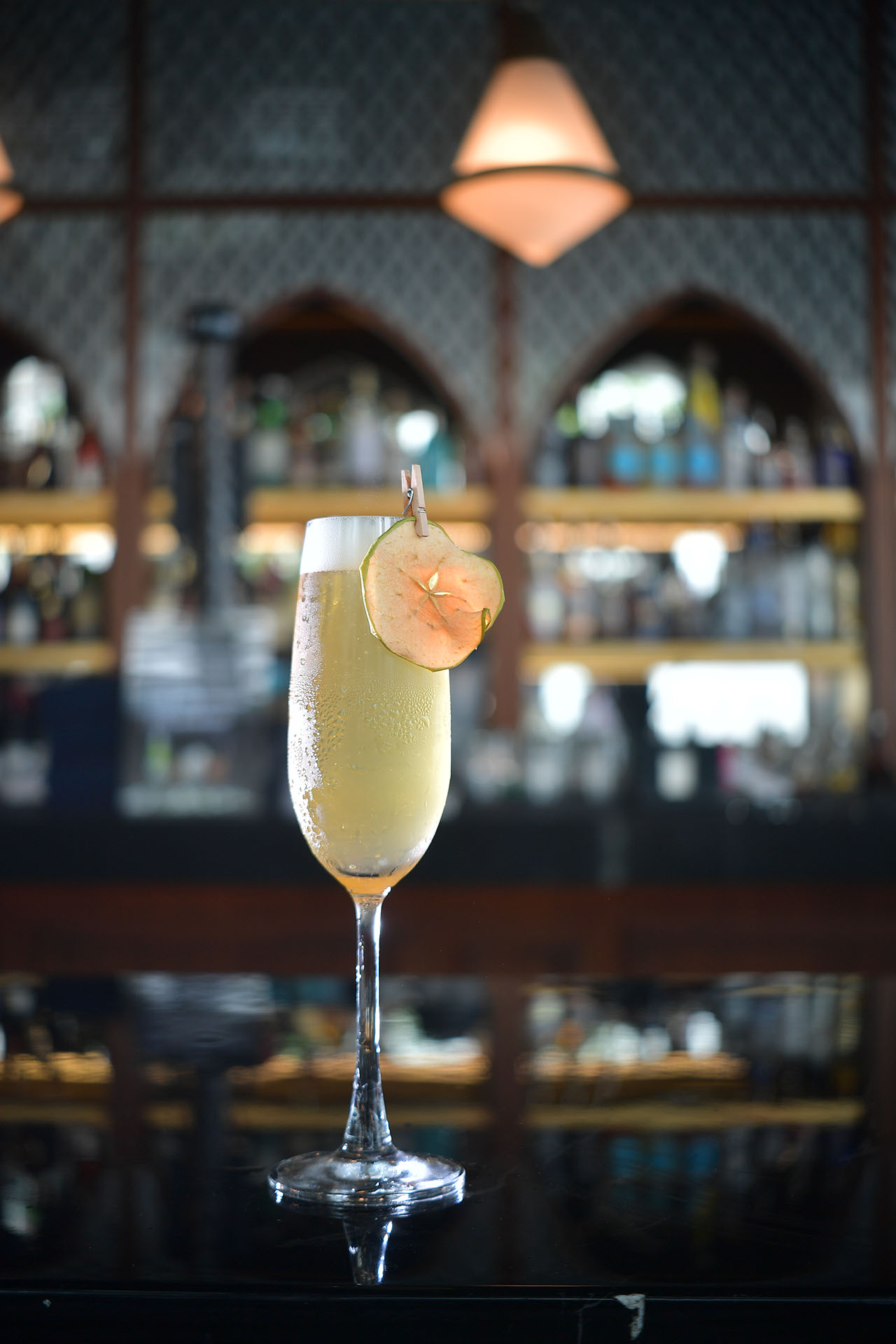 Newton's Dream from PONG (HK$138)
With an extra touch of sparkling wine, the cognac is like Newton's golden dream under the apple tree. A hint of apple rushes through the palate upon the first sip, leaving a honeyed aftertaste in the mouth.This cocktail has a rich layering that pulls you in like gravity.

Japanese liquor pays tribute to the admirable artisanal spirit with traditional brewing method. Not only the winemakers strive for excellence in their craftsmanship, they also stay loyal to local ingredients. There's always stories behind a bottle of Japanese liquor. 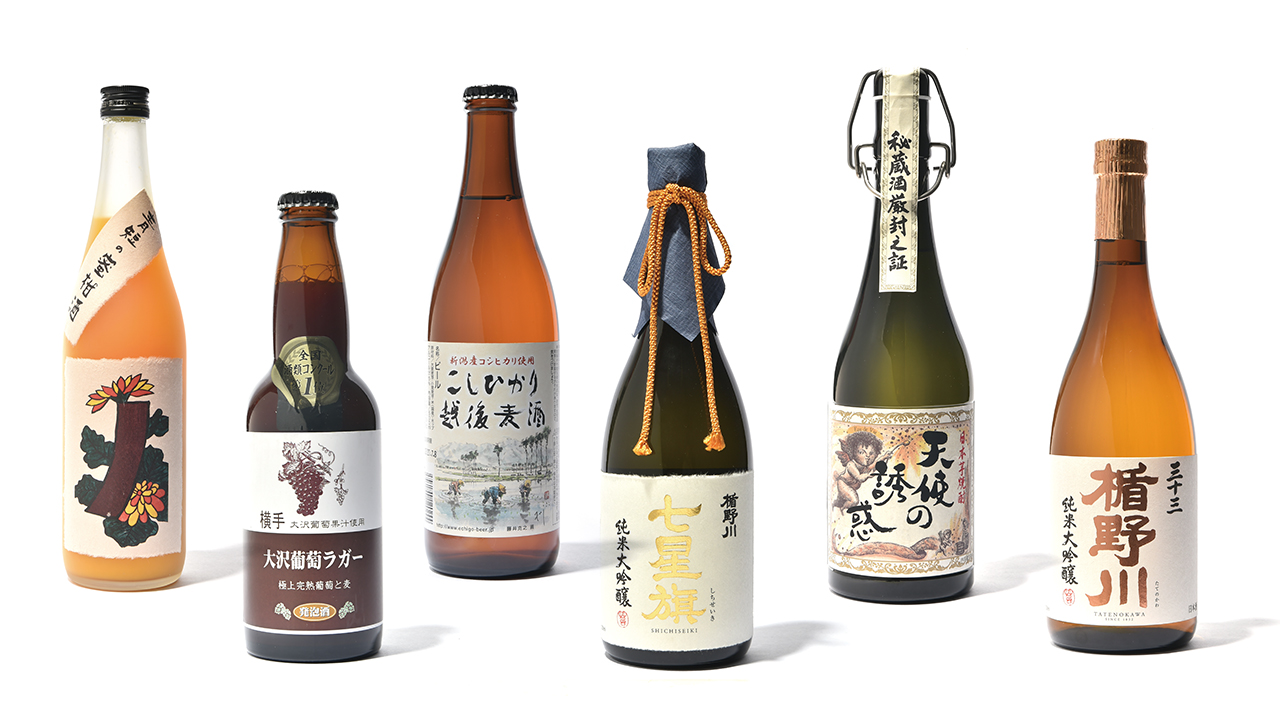 A sweet scent first hits your flair when you open this tangerine wine, the citrus sweetness and its rich texture  then fully fill your mouth.

A perfect collaboration with Yokote Vinery, the premium grape juice gives this beer a rich grape flavour without losing the essence of the beer.

Brewed with Niigata Prefecture’s famous Koshihikari rice, this beer exudes a combination of long-lasting flavour of rice and malt.

The refined technique of polishing the rice to 7% gives this bottle of sake a magnificent aroma and a soft, layered taste that is enjoyable to many.

The bright aroma and depth of sweet potatoes exude a vague hint of sweetness, a lingering aftertaste tempts like an angel.

A masterpiece from Tatenokawa. Its powerful taste gives you a sense of craftsmanship of the brewers, pairing with Japanese cuisine perfectly. 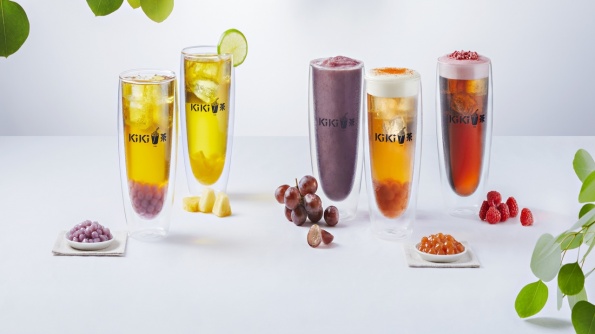 ic delights
A Sip of Spring 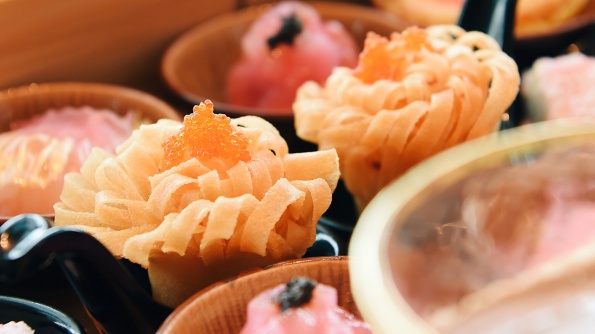