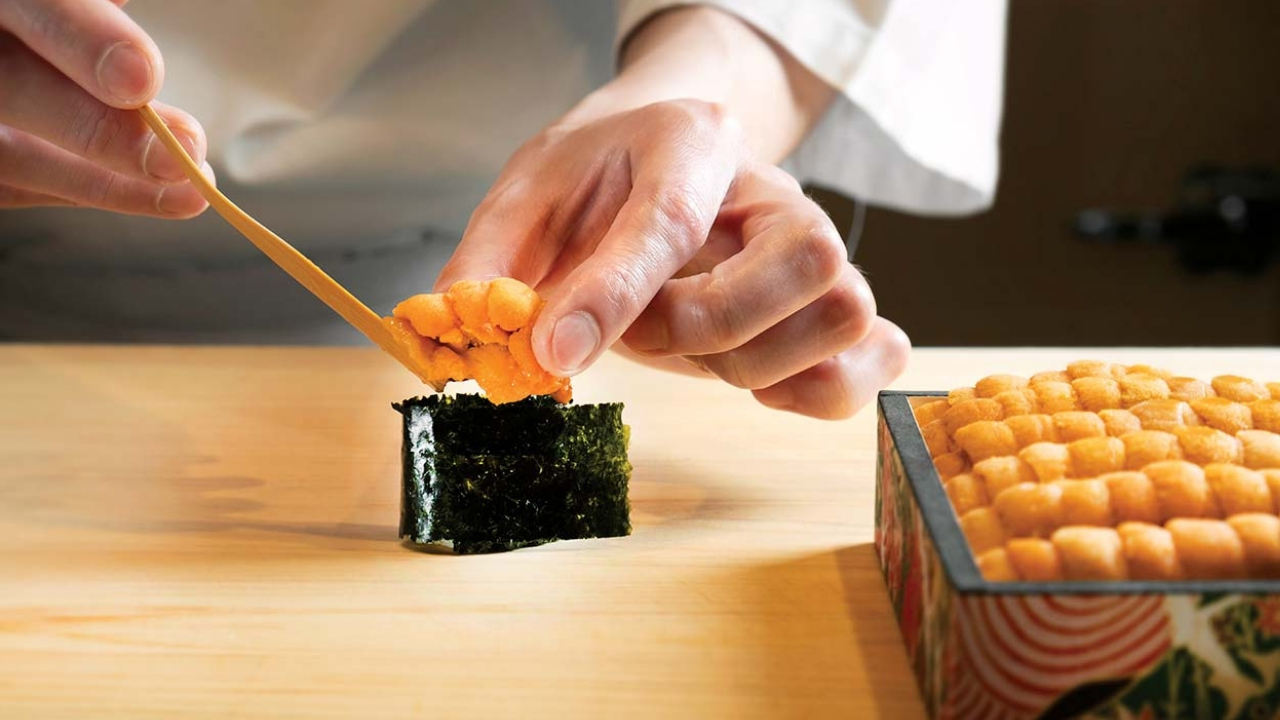 ic delights
Tokyo Tradition
Balance, precision and authenticity come together to create a meal to remember at Sushi Saito 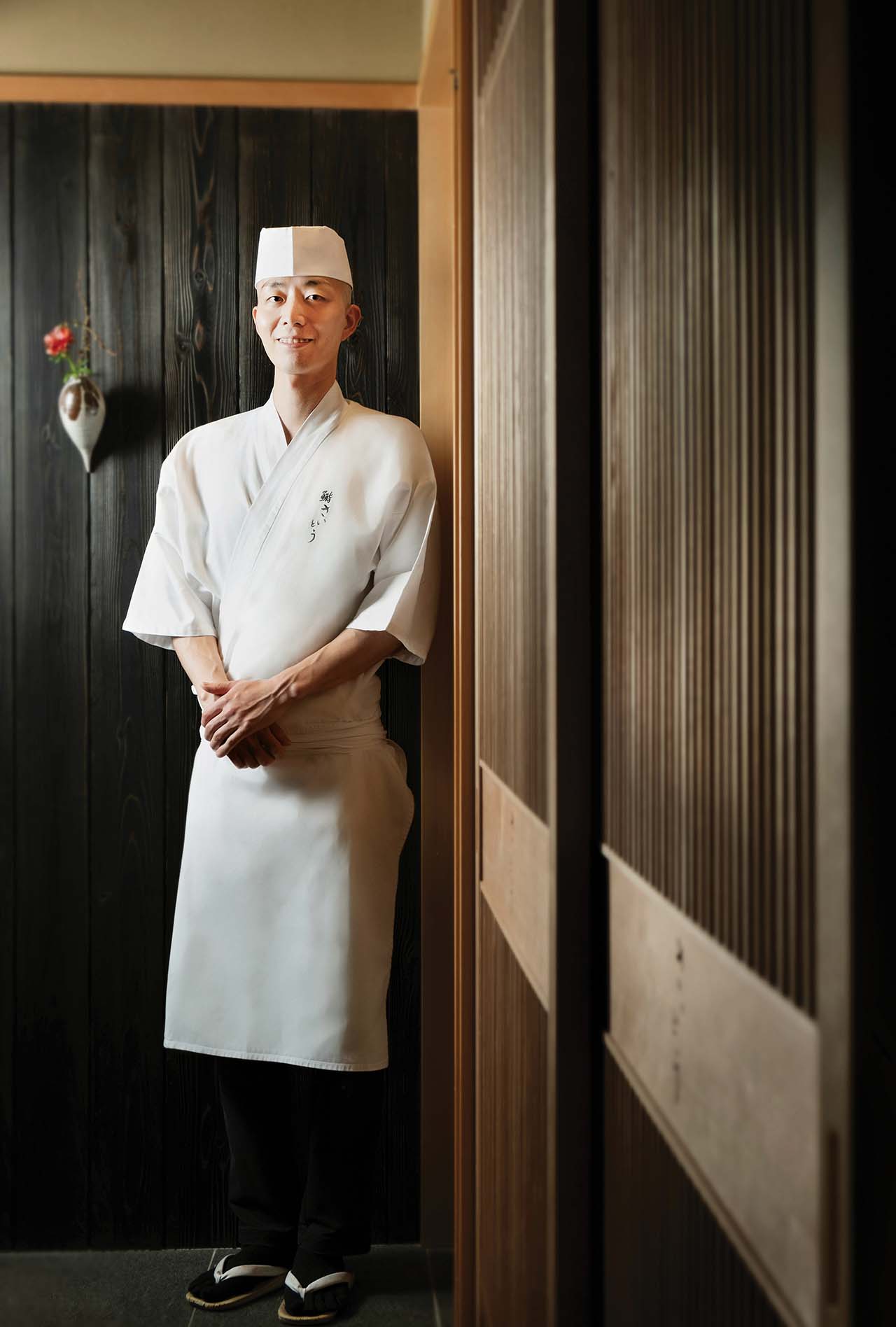 Let us be clear. Sushi Saito is not your typical sushi restaurant. It may look like one, sound like one, maybe even smell like one, but it most definitely doesn’t taste like any other - that's why its original Japanese incarnation is number 26 on the World's 50 Best Restaurants list and a three Michelin-star holder, and why, after less than a year of operation, the Hong Kong outpost too holds two stars.

Chef Ikuya Kobayashi has helmed the first-ever overseas branch of Sushi Saito since it opened last year, and worked in the Tokyo-based original from his graduation from culinary school till he moved to Hong Kong eight years later. "I originally trained to become a French chef," he says, "but once I had an opportunity to see some master sushi chefs demonstrating their works of art, I became totally amazed by their incredible skills and poise. Since then, I wanted to become a sushi chef."

Kobayashi was barely done with his sushi-chef training when Takashi Saito, the chef-owner of Sushi Saito, came calling. He asked the culinary school for someone "tough and hardworking" – he got Kobayashi. For the first two years, he was allowed to do nothing more than cleaning and serving tea to guests, and over the years he painstakingly and slowly learned each meticulous step it takes to become a master. "Gradually, I became Chef Saito's second-in-command, to manage the kitchen, fish preparation, mise-en-place and support the chef at service." 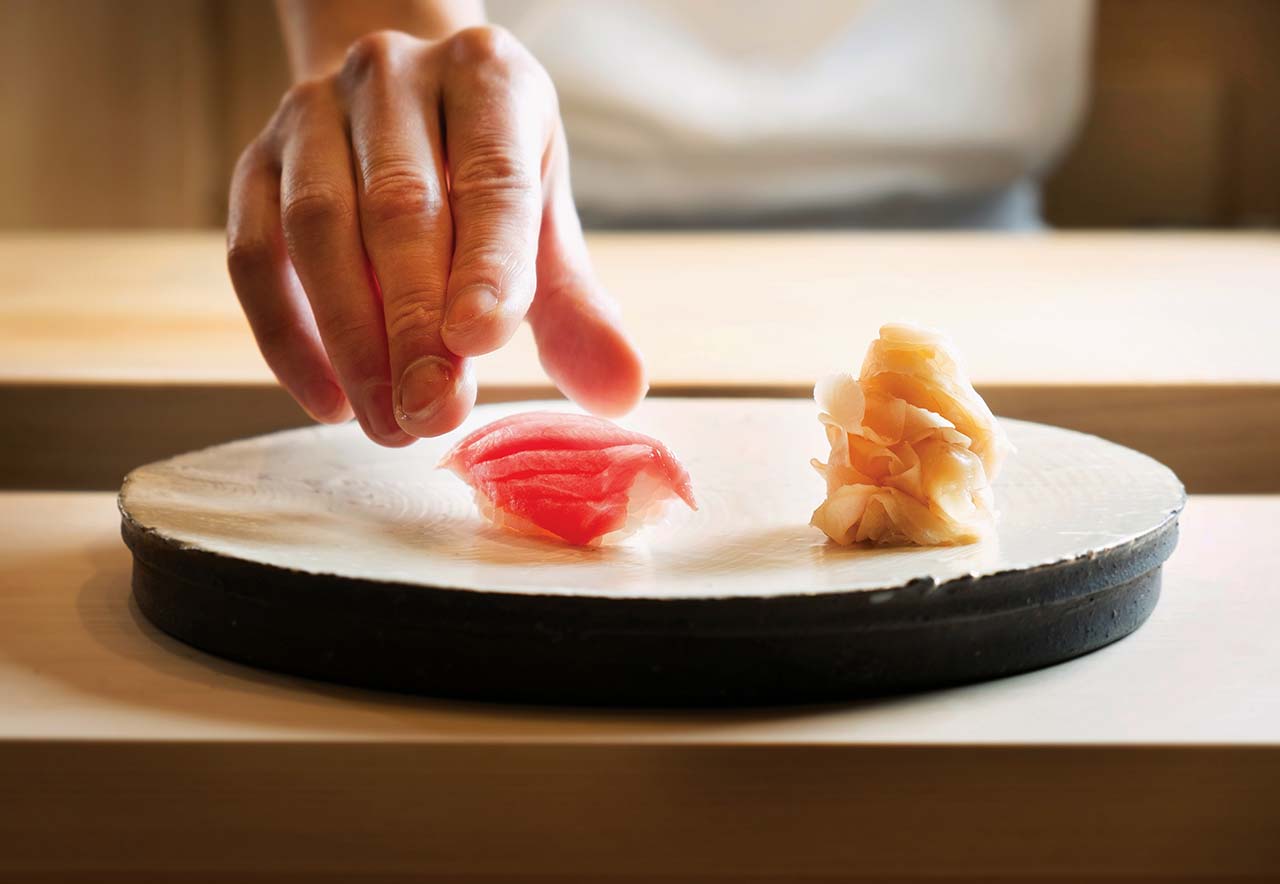 Appreciation for the exacting practice needed to create a sushi journey has become more widespread thanks to food documentaries, but even with this knowledge, Sushi Saito's dedication to honouring each element is admirable. "It’s just seafood, rice, vinegar, soy sauce and wasabi," says Kobayashi. "Here we do not go for creativity, but authenticity; Edomae style sushi aims at restoring the most authentic taste and experience, as in hundred years ago. But each kind of seafood has different characteristics and flavours, which differ in [changing] seasons. So the amount of soy sauce, vinegar in rice, wasabi, and importantly, the temperature of the rice will be adjusted [with each piece of sushi in the omakase experience] to achieve the perfect balance."

Of course, the star of each creation is always, ultimately, the seafood, which is personally selected by Chef Saito himself daily. "As covered in the acclaimed documentary, Tsukiji Wonderland, you will find the best of the best in Tsukiji Market - now Toyosu Market - always goes to Sushi Saito. Chef Saito insists on selecting the best catch by himself everyday for the last two decades, as he strongly believes in the importance of thorough understanding about every single ingredient being served to guests.  The "Chef Saito selection" is flown to Hong Kong on the same day, but goes through a highly-skilled ageing process for at least one day to restore the umami and texture. All the ingredients we serve in Hong Kong are exactly the same as in Tokyo, while we also uphold exactly the same standard of work as in Tokyo."

The process may be rigorous, but the restaurant itself and the dining experience is known for its cozy ambiance. Despite valuable art pieces and tableware created by Japanese artists such as Kitaōji Rosanjin, Shiro Tsujimura and Kai Tsujimura, the atmosphere is casual and welcoming. In fact, once you have secured a reservation and have been seated for your meal, there is but a single rule - that each piece of sushi must be consumed within 30 seconds of its being made, to preserve the integrity of the chef's intentions.

While it may seem that serving fish on rice is more an exercise in an almost meditative precision, rather than pushing boundaries and creating new innovations, Kobayashi explains that there are still challenges when you’re staying faithful to tradition. "The environment is changing while the ingredients are not the same as a few decades ago in terms of texture, flavour and umami. We need to keep pushing ourselves to find out better techniques to prepare and age the fishes, putting more effort to work on the seasoning of the shari (sushi rice) to restore the best flavour of the ingredients."

And the customer - at least Sushi Saito’s customers - can indeed tell the difference. "Sushi Saito is the place for connoisseurs to enjoy authentic sushi among like-minded guests who also share a passion for good food, quality and discernment," says Kobayashi. "And when you see the smile of guests, that is the best pay-off for your hard work." 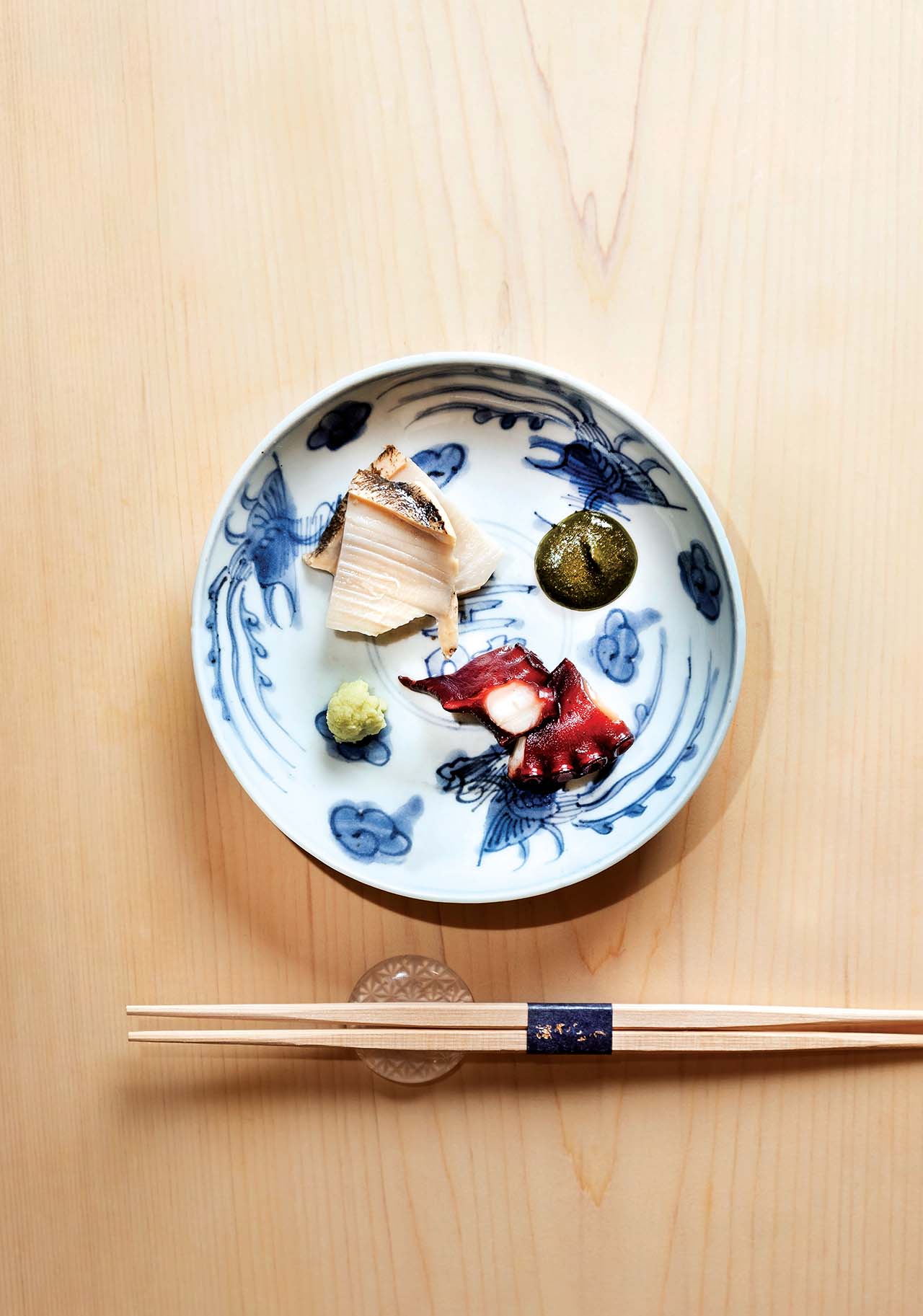 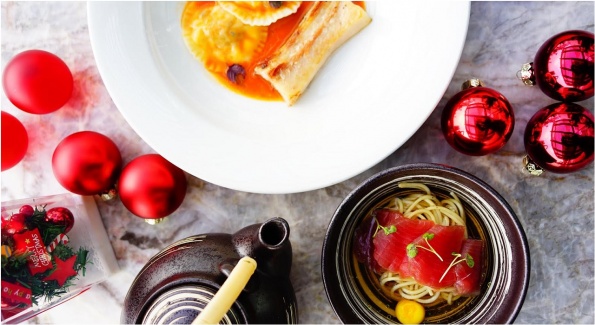 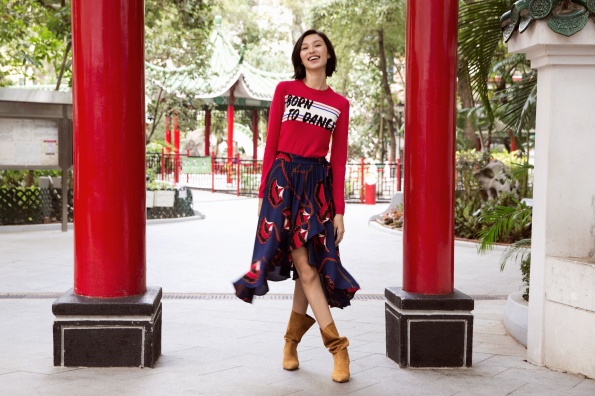